How Obesity Can Rewire the Immune System

When mice with atopic dermatitis—a common type of allergic skin inflammation—are treated with drugs that target the immune system, their thickened, itchy skin generally heals quickly. Sagar Bapat, MD, PhD and Alex Marson, MD, PhD, Director of the Gladstone-UCSF Institute of Genomic Immunology and affiliate faculty at Diabetes Center, along with colleagues at Salk Institute, Ye Zheng, PhD, an Associate Professor, and Ronald Evans, PhD, Director of Gene Expression Laboratory and the March of Dimes Chair in Molecular and Developmental Biology, have now discovered that the same treatment in obese mice makes their skin worse instead. That is because obesity changes the molecular underpinnings of allergic inflammation, both in mice and humans.

The new study in Nature shed light on how obesity can change the immune system and, potentially, how clinicians might be able to better treat allergies and asthma in obese people. 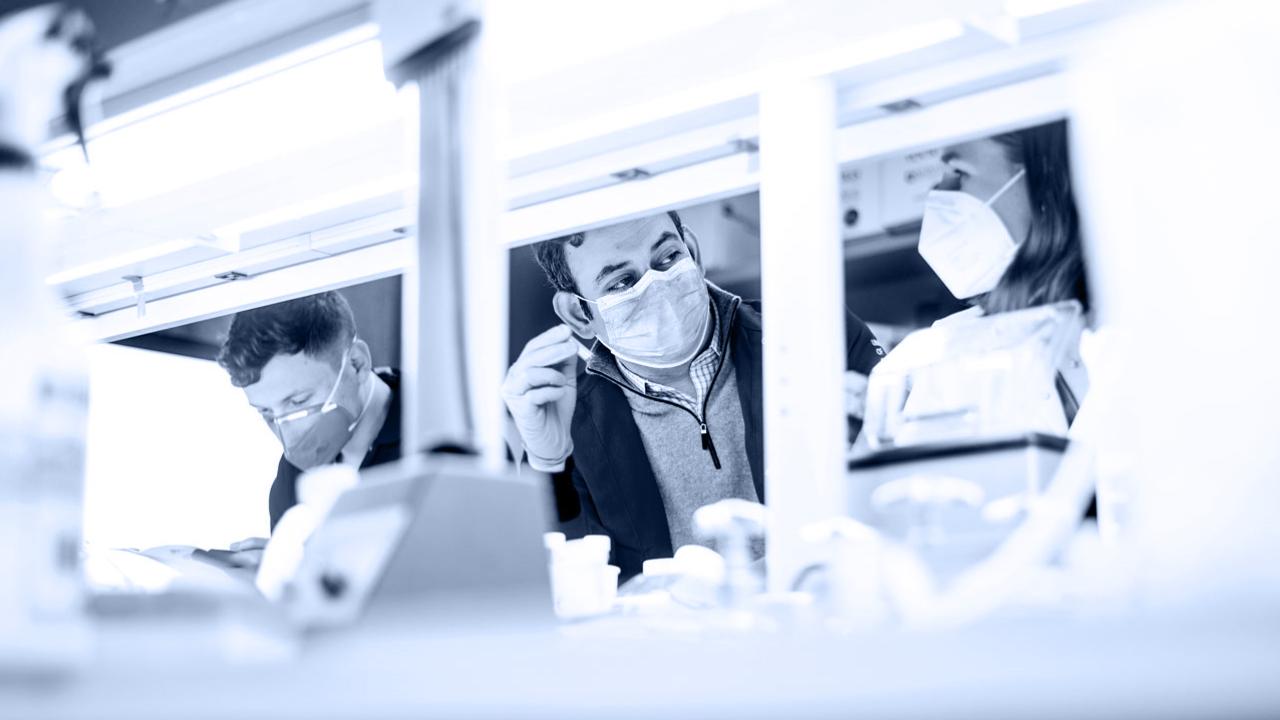 During his graduate studies at Salk and subsequent research in Marson Lab, Bapat wanted to know how obesity affected atopic dermatitis. He discovered that when mice were made obese by eating a high-fat diet prior to the induction of dermatitis, they developed more severe disease than lean animals. To understand why, he and his colleagues analyzed the immune cells and molecules that were active in each group of mice.

The body’s helper T cells, which help protect against infection but also become overactive in autoimmune disease or allergies, can be grouped into three classes: TH1, TH2, and TH17 cells. Scientists had considered atopic dermatitis a TH2 disease; that means the TH2 cells are the ones causing the skin inflammation.

In lean mice with atopic dermatitis, Bapat and his colleagues indeed found that the TH2 cells were active. In obese mice with the same condition, however, TH17 cells were activated. At a molecular level, it meant that atopic dermatitis was completely different in the obese mice, raising the question of whether the drugs that work in lean animals would also be effective in obese animals.

A more extensive article from which this was adapted may be viewed here.